Thank you Murray, for the following:

On Saturday April 19, 2014, in keeping with the Narragansett Running Association’s mission to give back to our running community, NRA members, Terri Martland, Ray Issaco, and Murray Norcross, volunteered at the Boston Athletic Association’s 5K Race, that kicks off the Boston Marathon weekend. Over 10,000 runners turned out for the BAA 5 K that started on Charles Street near the Boston Common, over nearby streets, Beacon, Arlington, and Commonwealth Ave, ending back on Charles Street after taking the runners down Boylston Street and over the heralded BAA Marathon Finish Line near Copley Plaza. Terri, Ray, and Murray were assigned to the T shirt station where they distributed over 10,000 race shirts to the finishers. The weather was cool to start but Sunny. A near perfect 5K race day. A television crew from CBS News invited Terri, Ray, and Murray up to the CBS News Morning Show for a visit to their booth after learning that they had traveled up from Rhode Island to help out at the race. The nationally televised “CBS This Morning News” broadcast with Charlie Rose will come live from their outdoor news room set up on Boston Common. In the photo attached, Terri, Ray, and Murray are sitting in the news anchor chairs with a spectacular view of Boston’s Back Bay area that includes the John Hancock Tower, The Prudential Tower, and The Boston Public Gardens. CBS News will be covering the 118th Boston Marathon from this special news set on Monday April 21, 2014 beginning at 0700 am on local CBS affiliate Channel 12, WPRI in Providence. 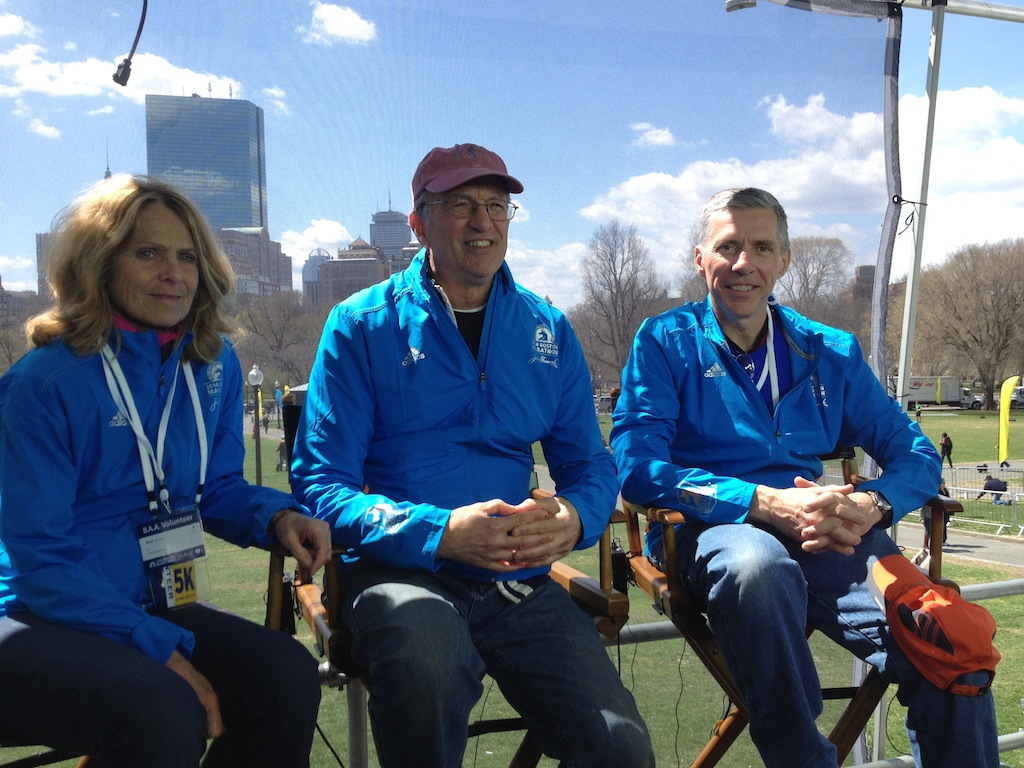